When you were a baby, I anticipated the days where you’d start doing things yourself -- the vision of Rachel and I released from the routine tasks of raising you. I assumed Luke automation would mean extra time for us.

Wrong. The math doesn’t work that way. It turns out the driving force behind the “terrible” in the twos is captured in the phrase:

No phrase portends such vast inefficiencies.

Preparing you a bottle of milk takes me about 30 seconds. Watching you tip a gallon of milk precariously over a tiny plastic bottle (with a surprisingly good 50% success rate) doesn’t free me up; I’m the safety net. You take each step methodically, painstakingly. If I intervene in any way, I get a Lukanese tongue-lashing and you start all over again. Between your time, my time, the stress impact on my life expectancy, and the expected time value of the mistakes, it’s an order of magnitude longer!

You are a fiercely independent soul. Figuring things out on your own is a defining personality trait. Behind this is a deep curiosity in how things work. Take your new toy Jeep: you turn it over and over, your fingers surgical, exploring every crevice. You pull, twist and tug exposing secrets in the structure. You animate machinations repeatedly, slowly, your mind parsing every interaction and then putting them all back together. Your thoroughness is stunning, and watching you enraptured in these explorations is a fascinating.

Infuse this curiosity into a child fascinated by the heavy duty (the bigger, the better) and life gets interesting. Every car ride is a safari. A bright red dump truck generates such a gasp of awe from you I'd swear I’m in Kruger Park, Africa goggling elephants with your godfather Rick. Rhinos and leopards have nothing on backhoes and, my god, crane trucks!

Alongside your growing self reliance is a developing self consciousness. In an effort to steal a smile from you at Palisades Pizza on March 13th, 2009, I contrived tragedies like stubbing of toes (you think its funny when I "bonk" myself), making a fool of myself, when I saw you reining in a bursting smile. I was embarrassing you. “Daddy, go sit over there!” It is going to be fun to torture you.

I got a Valentine's card from you this year: 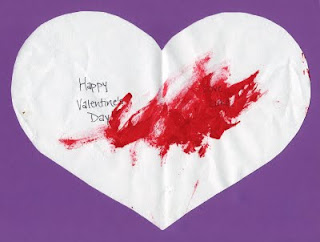 You also received your very first Valentin's card, from Henry XXXX in your class: 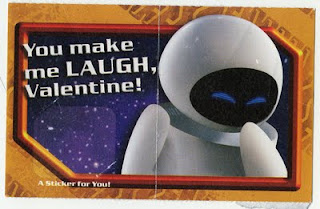 This quarter we went on vacation in Park City, Utah where we rented a house on the edge of the town. Rick and Thomas, Jessica & Matts came to visit us. Unfortunately, you were sick and, in that condition, you didn’t have patience for jackets. Getting you outdoors was a challenge.

Nonetheless, you and I had a blast at Park City Mountain where we rode the Alpine Coaster, a one car, miniature roller coaster. The car had brakes so we could control speed. We flew down the mountain, measuredly. It was hilarious listening to you boss me around: “Faster, Faaaster, FAAASTER … Stop, STOP, Daddy! STOOOOOOOP! … Faster, Faster, GO Daddy!”

By the way, your interest in music continues. You now want to create sounds as opposed to just listening. On February 20th, 2009, you and I bought some drum sticks at Middle C music store. I had an old bongo drum and you’ve been hammering on it ever since!

I also took you fishing at a National Park where, randomly, they also had some paint where we could paint the fish we didn't catch: 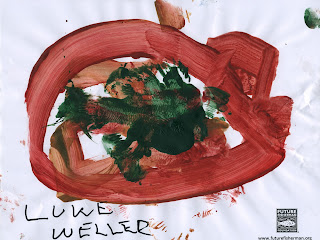