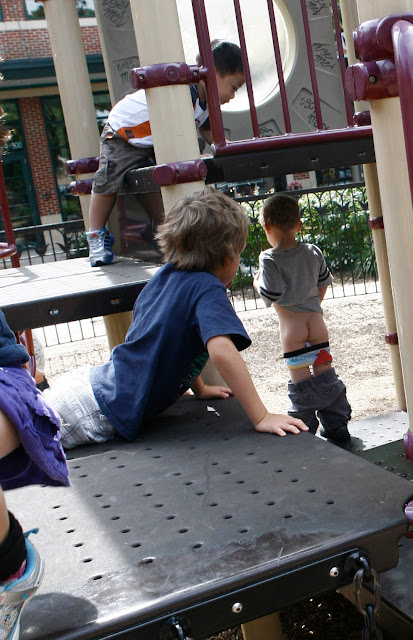 It was random. In the spirit political correctness, the parts for the Beaver Class Cinderella play were picked by lottery and any child could play any part no matter the sex of the character. Up until that point in the year, you’d been fortunate. You’d been placed in Mrs. Insley’s class, River Schools most singularly talented teacher, with lots of old friends and the Weller reputation to carry you forward.


On this day your luck ran out. As your hand slipped into the character jar, every little girl peered over your shoulder covetous for a certain blonde part. As you withdrew a folded slip of paper, the girls feverishly hopped around you.

At our parent-teacher conference, Mrs. Insley, Ms. XXXX and Ms. XXXX acknowledged their PC utopia had a vulnerability, a rickety flood dyke that a certain tidal wave could rip through. They knew you would never play a girl, much less the lead girl, but they rolled the dice. You opened the paper.

... and lost. Despair rose and crashed through the girls’ hopes.  “Uh oh,” echoed in the minds of your instructors. A slight pause, your back straightened, and then the roar.

Your fury cascaded through the boys in the class, all crying for freedom from hackles of female roles. The poor teachers had to reconstruct the entire casting of the play.

That's how you became Jaq, the ringleader of Cinderalla's platoon of mice. Its a fitting role. Jaq has scruffy hair like yours and speaks pidgin English that sounds remarkably like your chatter. You loved the part because (dude!) you got to be transformed into a horse by the Fairy Godmother! So cool.

Your bullheadedness can be, well, a challenge, but its a double-edged sword with formidable strengths too. Hiking with you to a high alpine lake called Diamond Lake 10,000 feet in the Rockies highlighted such a case. We hiked during a camping excursion with the Browns and Silvergleids.

Upon hearing the lake's name, your head filled with visions of a lake full of diamonds despite my assurances otherwise. You insisted on seeing it yourself. So off we went and the trail got very challenging quickly. Several in our party turned around.

But not Cash! You led a charge up the mountain, climbing rocky steps bigger than you, at a pace faster than everyone (including me). We were all shocked at your energy. You simply didn't give up until peered onto the beautifully silver lake.

The Diamond Lake march showed a toughness even in the face of pain, obstinance in your desire to attain your goal. I was so proud! But you were not:

"There are no Diamonds in this lake!" 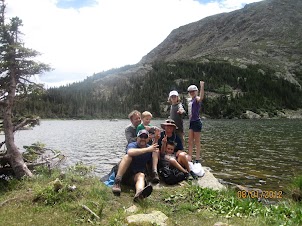 The disappointment washed away every last ounce of your energy. Guess who was stuck carrying a sleeping Machine all the way down the mountain?