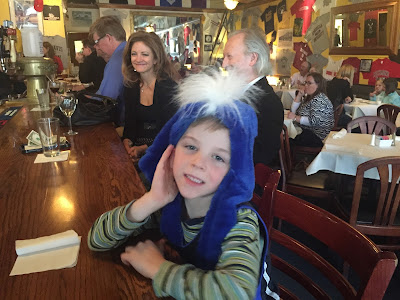 World War II has become a fascination for you. The Pelican class at River School introduced the subject and you were consumed immediately.

I too was entranced with World War II early in life. I loved its weapons and warfare and it was not ancient history. Being brought up in the seventies, the war was a mere twenty years past. Today, college was twenty years ago for me. Ugh.

As computers evolved into gaming platforms, I started seeing the weapons I read so much about show up in video games. I thought that was so cool.

In your case, the opposite is true in that you are fascinated to see the weapons of your mobile games show up in historical reality. “You mean they really had these things?!” This strange reversal says a ton about our future.

As you learned more about World War II, you soon identified with the greatest victims of the war, culminating in this:

My buddy Gregg Brown would be proud.

This plus your stated faith in Jesus, rising from a yet identified influence, and I see the wonderful choices of childhood unencumbered by the mutually exclusive. Life is a candy store for the young.

I parlayed your interest in World War II into board games that emulate the various struggles of WWII. Our favorite is called Memoir ’44. I also exposed you to an Apple iTV production of ten episodes showing rare video footage of World War II. I was hoping the videos would both add more depth the games and bring to bear some of the realities of what we were simulating.

Needless to say, the violence of all this is probably unhealthy. But, hell, I was watching Lord of the Rings with Luke when he was two. This stuff is just too good to hold back on.

In our very first Memoir '44 game I was in for a shock, however. Despite your religious convictions, you insisted on playing the German side on Sword Beach of D-Day. I had assumed you’d stick to the defense of your new tribe and side with the Allies. 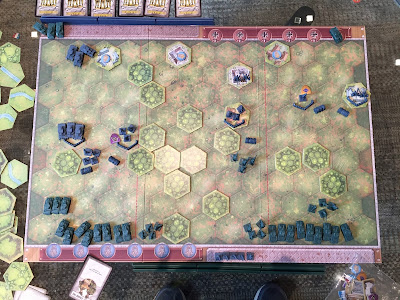 Pondering this, I wondered if the videos had something to do with it. We had only seen the first two episodes, and in those the Germans pretty much kicked royal ass including the Blitzkrieg of Poland and France.

Could it be that your desire to win overcame any of your religious convictions?! Could you be that competitive, that shallow?!

I should pause here and admit that you carry a five-to-zero undefeated streak against me. So, to be fair, my worries about your competitiveness are on reflection and maybe the fermentation of sour grapes. By the way, I say a five-to-zero streak with a great deal of hesitation because of a scrap we held in the wintery Adriennes. I won decidedly only to realize my tank firepower should’ve been penalized -2 dice fighting out of forests (which was the core of my strategy). I disqualified myself. You counted it as win, which is questionable. Its more of a revoking of a win than a loss for me in my view.

Whatever. At this point I should also mention that the Wellers are not graceful at the deciding moment of competition. We are gleeful, gloating winners; we are downright ugly losers. (I should additionally note that Rachel, who considers herself more a Moore than Weller therefore immune, is indeed infected by this disease though with a style her own. Her celebration volume is an unWellerian quiet but betrayed by a shiningly jubilant face.) 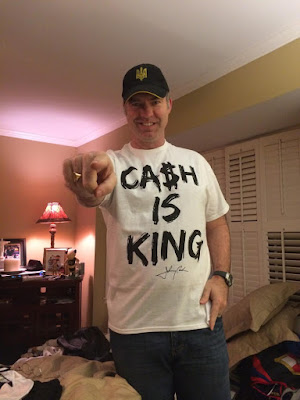 However, you, Cash, are at an entirely different level and this says a lot given my legendary post game antics. A Cash victory is a frenzied jig followed by a sprint to the nearest ten human beings, friend or random stranger, to recount your victory. Defeats are crying tantrums, slamming of fists and the occasional destruction of a MacBook Pro.

Now when introducing a new game, my newest innovation is to lose the first few games outright. That way, when you face defeat for the first time, you quickly apply ego-saving math, “yeah, but I’m still winning overall!” and I’m saved a few thousand dollars and infanticide.

All this because I introduced these games to you ... never let a good deed go unpunished. I sometimes wonder if I know what I’m doing.

But just when I despair, I get a text from your aunt Keara: 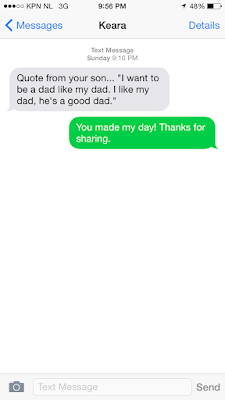