Due to the inefficiencies of cross Atlantic travel, today I find myself with free time and an ability to appreciate it. So, after visiting my company ElasticSearch, I’m in Amsterdam with a half day off!

This is very rare. When I traveling for work, I’m in such a hurry to get back to you kids that I pack my schedule sardine tight. I never make room to wander around and take in my surroundings.

One thing I’ve noticed today noodling around the canals of the city is that while there are lots of restaurants, coffee shops and bars, and no one seems to be on a computer. Go to any coffee shop in America and you’ll see blue-lit zombie faces in sheer silence. Quite the opposite here. Perhaps its the weed.

The lack of computers got me thinking about our own family struggles of late. You see, you guys friggin LOVE computers and video games. So much so it takes away from your desire to engage in other creative activities — one of your greatest strengths! Right now, every weekend, we allow you two kids a couple hours of “screen-time." The thing is, computers games are like drugs for you boys. You want it insatiably. Weekends have turned into a street-scrum for screen-crack.

I try to keep in mind that when printed books became widely available in the early 18th century, novels were vilified as a disease atrophying the minds of the populace. All those people sitting around doing nothing but staring into paper! Funny how, nowadays, reading has attained near godly status. 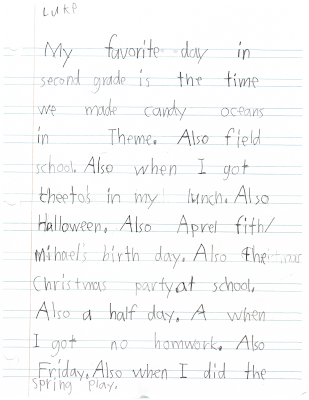 Will our opinion of computing follow the same path from suspicion to pariah to achievement?

Its clear that computing is entering a new phase, bifurcating into two very different use cases. The first is what I call Injected Computing where computers are infused further and further into our everyday lives. Phones, watches, thermostats, cars, oh my! Its what many call Internet of Things these days or “IoT” for short.

The second case is a sort of inside-out view of injected computing (or perhaps outside-in is more fitting) that I call Immersive Computing. Instead of computers being injected into our world, we humans are infused into and engulfed by the computer’s world, an environment otherwise known as virtual reality, or "VR." The first real mass market VR headsets, like Oculus Rift, are entering the market next year in 2016.

As you are aware, I’ve been playing a role in the development of virtual reality content and platform with my board memberships. So, I’m a believer in VR’s inevitability and potential. Hell, I’m super excited to take you and your brother to Reykjavik, Iceland later this summer to visit Hilmar at CCP Games!

Still, I have concerns, in part because simulated environments like video games constrain variables versus real life. Why else can you play soccer like Pele on Xbox after just a few minutes? Furthermore, the “risks” thrown at you are logic generated, not natural and therefore not nearly as wild.

Trust me, the real world behaves in unfathomable ways requiring amazing agility and adaptability from us living things. Its amazing our universe doesn’t just fall apart.

I worry that a life immersed in computing might not allow for the full symphony of human capability that is required to survive. Or, seen another way, what makes a pro sports player or a virtuoso violinist so delightfully impossible is the sheer number of variables they have harmonized for their art.

That’s unfathomable to me. But then again, so is most consumer behavior on the Internet. I’m on the board of DuoLingo where 3 million people per day engage in language learning on their iPhones and Androids. I can’t fathom that either, but I invested.

So, while concerning, computation is our future. In the 1990s, Steve Jobs likened the computer to a “bicycle of the mind.” Just as a bicycle extends the human ability of self-transport, by limiting variables and focusing energy, modern technology is dedicated to extending the abilities of the human mind. Perhaps its that focus and channeling of energy in refined yet forceful ways that makes it so powerful. A further tool of human specialization.

So, like the novel, I think the path of computing might end well. And I realize, despite my fears, I should seize your interest and harness your passion somehow.

My challenge is figuring out how to capture and guide your passion all while knowing that I’m more likely to be horrified by the next great thing than pleased you might be a virtuoso.